Markets and fairs have been an important part of East Ilsley’s history – in fact the alternative name for the village is Market Ilsley or Chipping Ilsley (from the old English word for a market). The village was granted the right to hold a market as early as 1222 and the market continued to flourish, partly because there were no nearby market towns.

East Ilsley is probably better known for its Sheep Fairs, which were claimed to be the largest in southern England. Certainly the large numbers of sheep dealers and shepherds coming to the fairs provided a major source of income for the numerous inns and alehouses in the village. Sheep pens lined the High Street, Broad Street and Pen Meadow.

Sheep pens lining the High Street near the Lamb hotel, one of the many pubs in the village 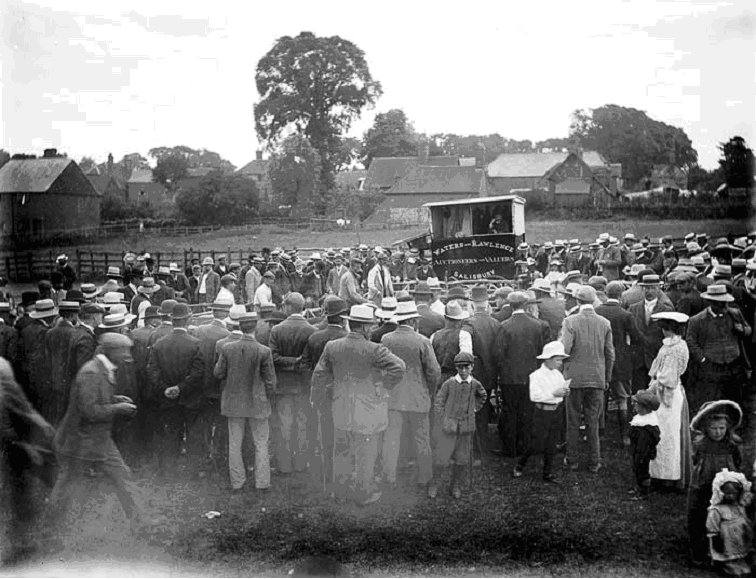 Auction of rams, photographed by Henry Taunt, reproduced with the permission of English Heritage NMR

The history of Ilsleys sheep fairs and markets is described in more detail in one of the Society’s booklets.