The Roll of Honour 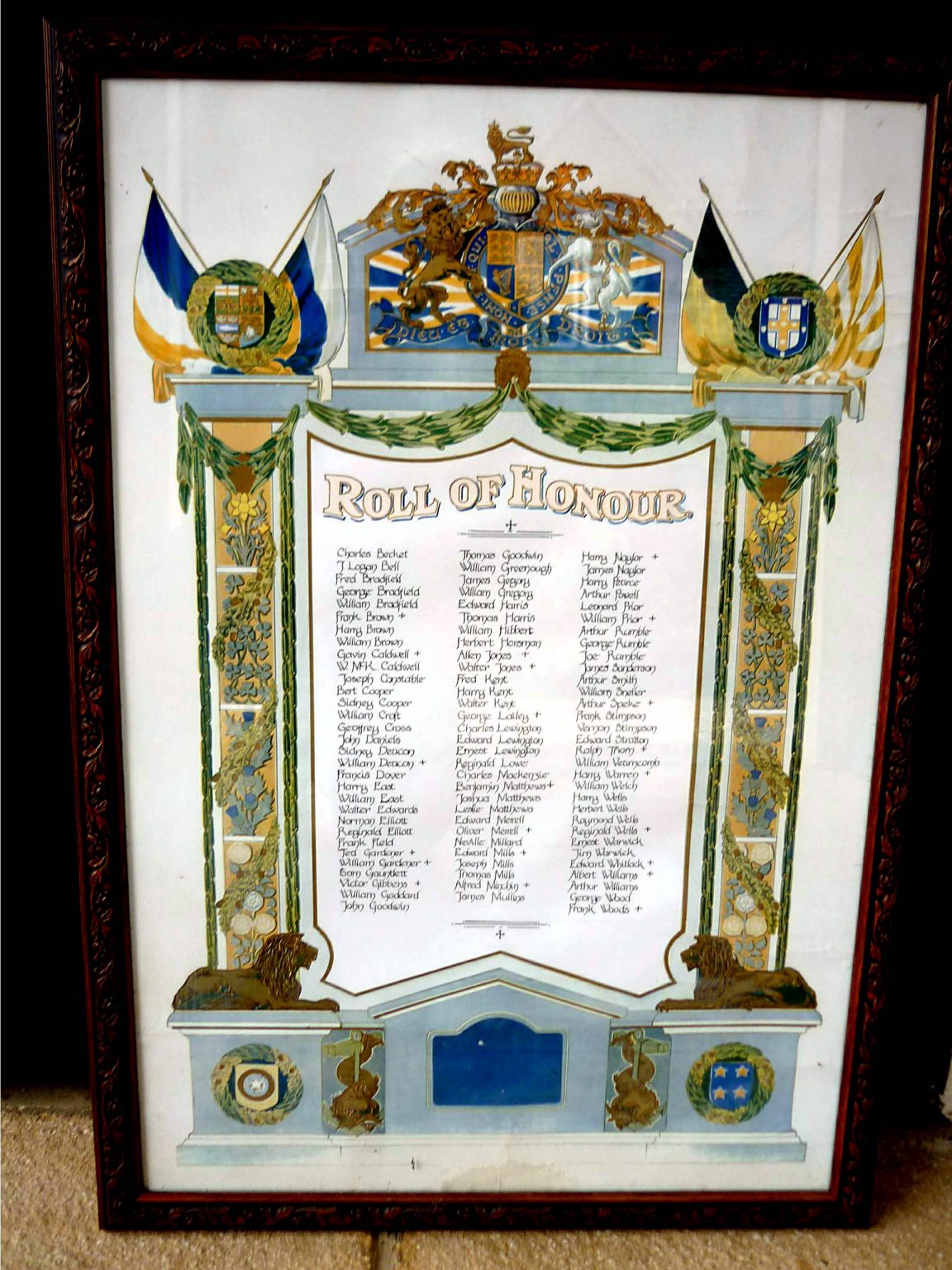 While the East Ilsley War Memorial was installed inside St Mary’s Church, those who served in the Great War and came home to the village were not forgotten. Their names were handwritten on a decorated “Roll of Honour” which was displayed in the Baptist Church until its closure.  Over the years the writing had faded so much that it was barely legible. In 2014, to commemorate the centenary of the outbreak of war, the Parish Council commissioned a calligrapher to restore the names.  The refurbished Roll of Honour is now in St Mary’s Church.

It’s not known who compiled the list, but one thing was obvious – it wasn’t complete.  Only 18 of the 21 men on the War Memorial appeared on the Roll of Honour. Missing were Ralph Thorn, Arthur Speke, and Gavin Caldwell, although Gavin’s father (who served as an Army Chaplain after leaving East Ilsley) is included. There were 89 names, but one report in the Newbury Weekly News gives a figure of 122 men who served, and the Active Service Rolls that were published regularly in the paper include some names that do not appear on the Roll of Honour. Some of these turned out to have only tenuous links with the village, and at least one was a mistake. Others were untraceable with the sources currently available.  Some may have been single men with no roots in East Ilsley who came to work in racing stables, but didn’t return to the village after the war.

Drawing up a complete list is far from simple. The main problem is that there’s no definitive list of people who served during the First World War. Most of the Army service records were destroyed in an air raid in 1940, and other sources such as medal records don’t provide enough detail.  We did find service records for a few more Ilsley men.  Most of them didn’t serve abroad, and that’s probably why they weren’t included on the Roll of Honour. Many of these were older men and teenagers who were too old, or too young, to go.  They “did their bit” at home, for example looking after horses at Army depots, or working with the ASC Forage Department sourcing feedstuffs from farms. There’s also one lady known to have served as a nurse, and probably there were others. Vital work, but it seems that only those who went away to war were included, and that is understandable.

Since we can’t be sure that we found everybody, it was decided to preserve the spirit of the original roll, adding the three extra names from the War Memorial. But we now have a list of some other people who served, and this can be added to or revised if more information becomes available.