East Ilsley is unusual in that it was never formally enclosed, so that remnants of the medieval strip field system persisted well into the 19th century. Although many of the original strips were combined into larger fields by purchase of adjacent strips, much of the south west part of the parish continued to be dominated by narrow strips of land (around 0.5 to 1 acre in size) owned by smaller landowners. The tithe map of 1840 clearly shows these strips of land. To make more practical fields for farming, some of the small farmers in that part of the parish rented adjacent strips to those that they owned.

The pattern of land ownership and farming changes significantly over the period covering the 18th through the 20th century. For this time span there is a reasonable amount of documentary evidence to show these changes. We will be adding more information on aspects of these changes in due course, including –

• Glebe lands, belonging to the church

Because of the survival of so much of the strip system, we know the names of the individual furlongs from the 1840 tithe map. We also know the names of the 3 Fields used in the medieval crop rotation system. [Note: in this case “Field” refers to the large block of furlongs, not the individual small strips. The approximate locations of the Fields are shown in the small inset map]. The map below is taken from a tracing of the tithe map and shows each individual furlong as a solid block of colour – the number in each furlong links to the list of furlong names below. The individual strips within each furlong are also shown, where their locations have survived to the time of the map. 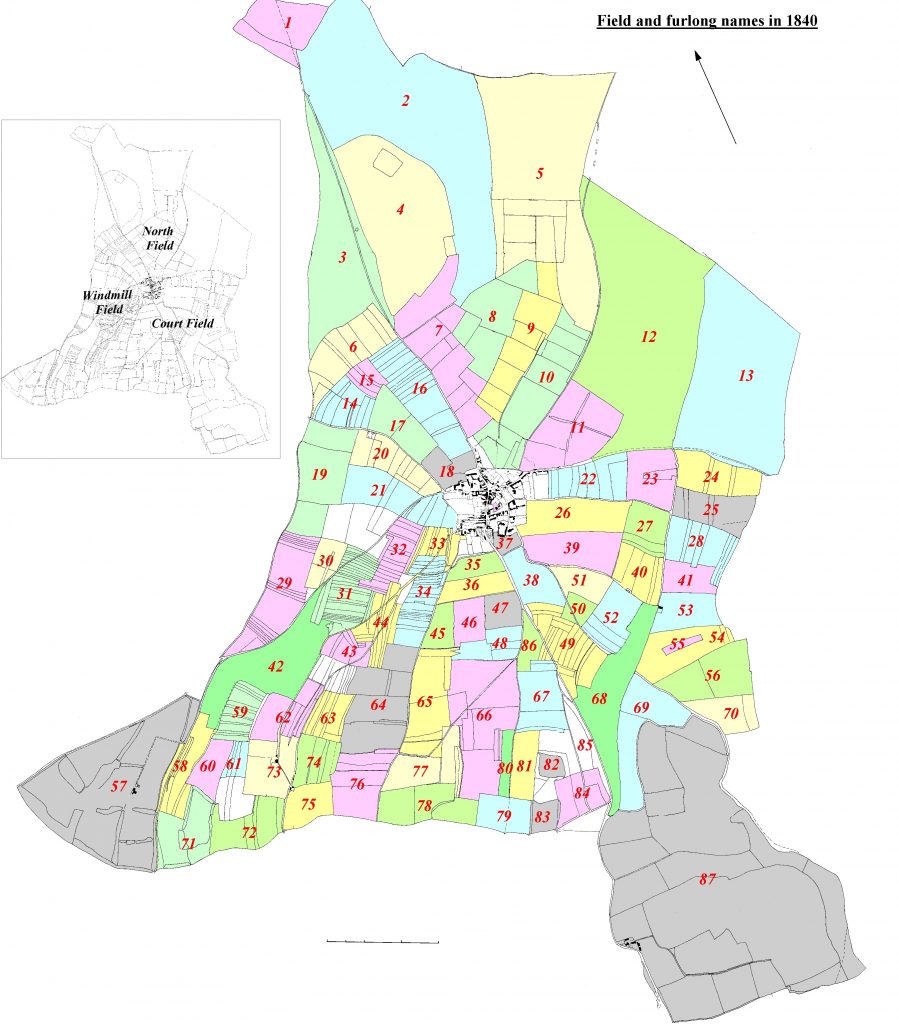