East Ilsley Local History Society has many historic maps in its keeping. These include several editions of the Ordnance Survey 2½”, 6″ and 25″ maps, including copies of the 1st, 2nd and 3rd editions of the 25″ maps from the late 19th/early 20th century. East Ilsley features on many maps from the 17th Century onwards, such as John Speed’s map of 1610 and Ogilby’s road map of 1675.

The earliest surveyed map of East Ilsley proper is probably the map made about 1810 by John W. Worsley. The original is held by Teeside Archive. 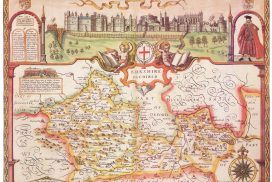 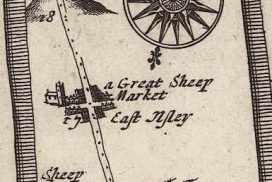 One of the most interesting maps in the Society’s collection is the pre-tithe Map of about 1831 which shows the allocation of land around the village with a key to the holdings listed in the Terrier. Part of the map (covering the centre of the village) is reproduced below, showing the level of detail available. This map and its associated terrier is available on an interactive CD. 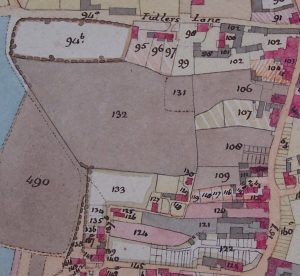