Surveying earthworks does not require any specialised equipment, just tape measures, a few poles and some patience. Pen Meadow was chosen to start this work because there are some very obvious ‘lumps and bumps’ in the field.

The whole of Pen Meadow was surveyed, as shown in the image on the left. The earthworks have been shown using the standard convention of ‘hachures’ – i.e. lines with the thick end indicating the top of slope and the thin end marking the bottom of the slope. The survey revealed the presence of a series of banks that appear to be the remnants of an old strip lynchet system in the part of Pen Meadow nearest the High Street. The way they peter out suggests that the headland to these strips lay across the meadow (N-S) at this point. This area was used for sheep pens for the Sheep Fairs during the 19th & 20th C. On the southern edge of the meadow, the shallow bank coincides with the boundary of a cottage (long since demolished) that was shown on the 1831 map (plots 110 & 111). The other banks coincide with field boundaries also shown on that map. 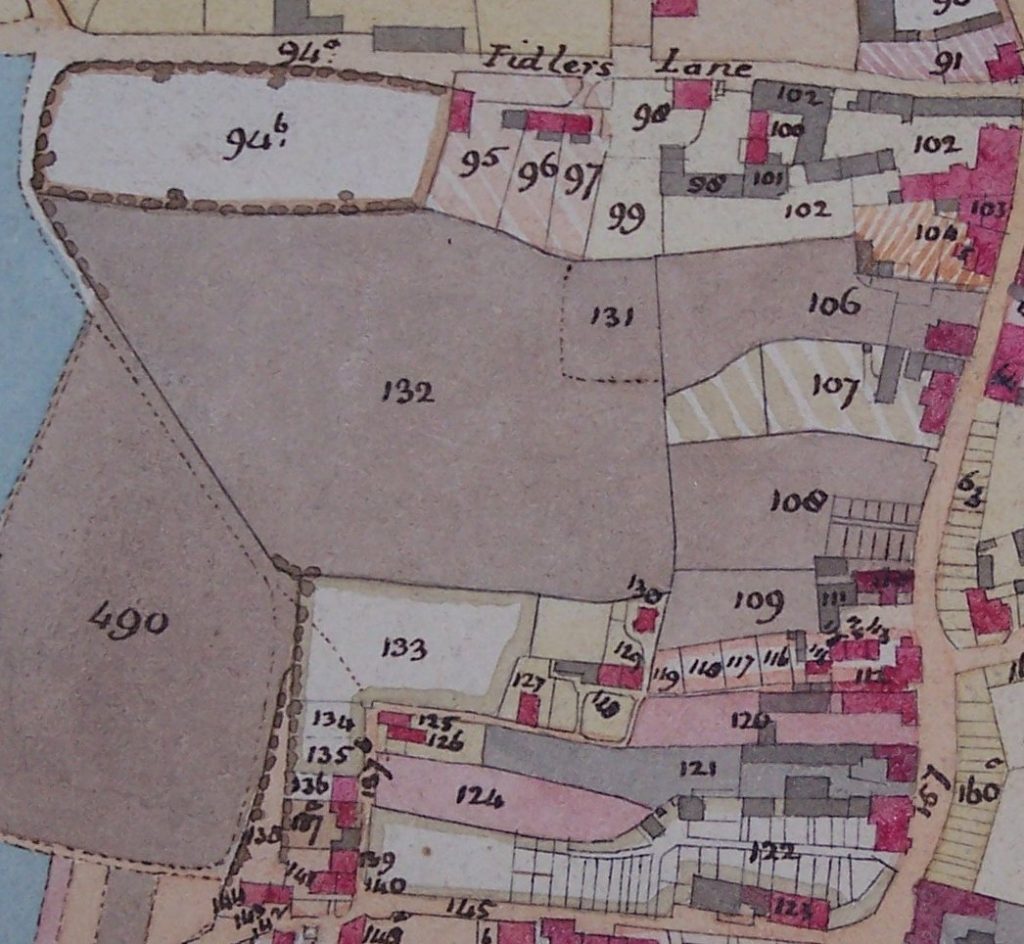 Part of the 1831 map of East Ilsley showing the area of Pen Meadow surveyed (note that the map does not have North directly up, so is skewed slightly to the left relative to the survey). Plot 490 is now partially cut through by the A34 bypass, which forms the western limit of the meadow.

If you have a particular interest in this work, a much more detailed report of the survey is available. Please contact us by e-mail using this link if you would like a copy.