Water – either too much of it or too little – has been a recurring theme in the history of the village. In this part of the Berks Downs there are no surface streams, and households relied entirely on wells for their water supplies into the 20th century. In fact, one of the conditions for building new council housing in the 1930s was that new water supplies and drainage were needed. The last house to be connected to mains drainage was as late as 1965.

Although there is little surface water in this part of the upper Pang valley, the water table is quite close to the surface and in particularly wet seasons comes above ground level. This usually results in the appearance of a series of ponds in the fields on the west side of Abingdon Lane in late winter/early spring. However in very wet seasons, such as the winter of 2000/2001 the water level runs so high that Abingdon Lane is flooded and the Pang flows as a stream right down through Compton (in that year , literally through Compton!).

In very dry seasons, the wells can dry up entirely – one particularly bad drought year prompted the digging of a borehole and fitting of a pump alongside the village pond in 1932.

The ponds which formed along Abingdon Lane during the floods of 2000/1, effectively the Pang stream above ground – that year, the Pang was above ground right up through West Ilsley 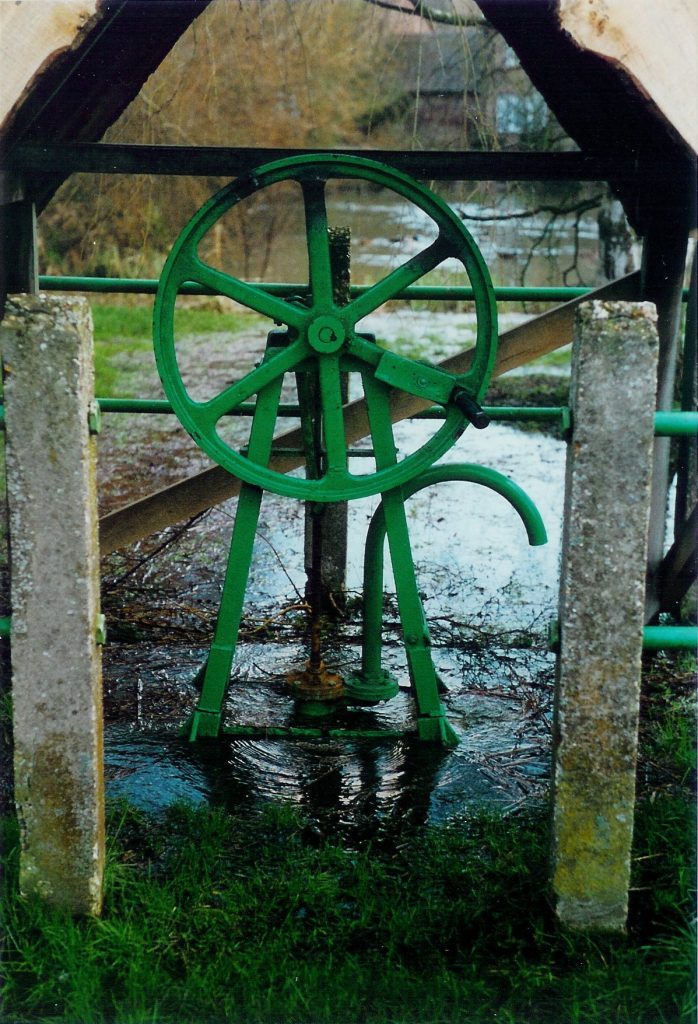