James Arthur Speake (or Speke) was born in 1895 in Cranfield, Bedfordshire.  His parents were from Gloucestershire, and his father Samuel was a groom.  In 1911 Arthur was an apprentice stable lad at the Druids Lodge racing stable on Salisbury Plain.  One of his colleagues there was Joe Constable, who was to marry an Ilsley girl and settle in East Ilsley.  It’s probable that like Joe, Arthur came to work for one of the East Ilsley trainers.

Arthur enlisted in the Royal Buckinghamshire Hussars (Bucks Yeomanry) at Churn Camp, probably in September or October 1914.  His name was recorded as Arthur James Speake, and his residence was given as Finsbury, but as a single man he may have given the address of a relative.  He is listed by the Newbury Weekly News in its Active Service Roll as serving with the Berks Yeomanry, but this is an understandable error.  Both regiments were training at Churn at the time.

Arthur landed in the Middle East on 21 April 1915.  He died of wounds on 14 November 1917, the day after the Battle of El Mughar Ridge which led to the British capture of Junction Station, about 30 miles west of Jerusalem.  It is almost certain that he sustained his fatal wounds during the cavalry charge on the Turkish positions.

Arthur is buried in Gaza War Cemetery.  He is also commemorated on the war memorial at Kibworth, Leicestershire, where his parents lived at the time of his death. 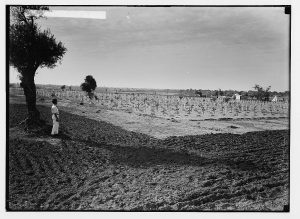 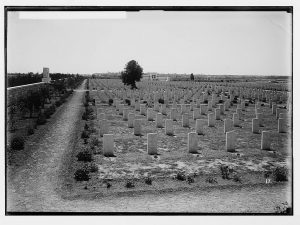 * All photos: Library of Congress