Albert Williams was born in 1886 into a long-established East Ilsley family.  His childhood home was a cottage in Cow Lane, and later Narborough Lane off Stanmore Road. Albert began his working life on the farm like his father Charlie, but decided to join the Army and in September 1908 he enlisted in the Royal Berkshire Regiment, at around the same time as Edward Mills.  Assigned to the 2nd Battalion, Albert was posted to India, and was probably serving there when the battalion was ordered home to England for mobilisation.  He arrived with Edward in France in early November 1914.

The date of 25 September 1915 implies the Battle of Loos, but Albert was not killed at Loos.  Major offensives were often supported by smaller diversionary attacks. It was in one of these that he fell, a bombing raid on the German trenches at Bois Grenier, where Edward Mills had died two months earlier.

The Battalion took part in an attack on the German position and during the day sustained the following casualties:-

In fact the final numbers for Other Ranks were: Killed or Died of Wounds 124, Missing 60,  Wounded 201.  The battalion actually lost more men than some regiments that were engaged in the main battle.  Yet, as Colonel Hunt reported, “The result of the operation, besides the casualties inflicted on 20th Bavarian Reserve Regt, was that strong reinforcements of guns and infantry were attracted away from the main attack further south.”

On the day after the action, the Divisional Commander addressed the 2nd Royal Berks:

“On the 25th September one of the biggest battles of the world commenced of which your attack was only a small part. The 8th Division was ordered to contain as many of the enemy’s troops as possible…. The best of plans depend on the spirit of the men to carry them through. You did not fail in this but fought magnificently and all England will sing with your praise when they hear what you have done.”

But Albert was not there to hear it.  Sadly he remained among the missing, and he is commemorated on the Ploegsteert Memorial, six miles away across the Belgian border in the village the Tommies called “Plug Street”. 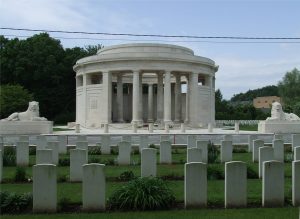