Everyone knew him as Ben, and most people (including the war memorial committee!) assumed it was short for Benjamin.  In fact his full name was Thomas Benoni Jones.  Benoni is a Hebrew name meaning “son of my sorrow”.  In the Bible, the dying Rachel gave the name to her new-born son:

“And it came to pass, as her soul was in departing (for she died), that she called his name Benoni: but his father called him Benjamin.”  (Genesis 35:18)

It must have been a family name, as Ben’s father John had it for a middle name as well.  John Jones was a Lincolnshire man of Welsh ancestry, and as with many before and after him, it was work in the racing industry that brought him to East Ilsley. The family lived at Sunrise Cottage, which stood opposite the present Nachdedorn bungalow in Cow Lane.  Ben was born on 8 December 1920; he was an only child.

The Parthian class submarine HMS Pandora, on which Ben served as a radio operator, was based in the Mediterranean, which was almost entirely under enemy control except for Alexandria in the east and Gibraltar in the west.  British submarines were deployed to hamper German and Italian ships supplying their bases in North Africa.   Malta was a vital outpost for the Allies, and another of the Pandora’s tasks was to ferry supplies to the besieged island.  On 1 April 1942, she was at Valletta unloading stores brought from Gibraltar when Italian aircraft launched a bombing raid. The Pandora received two direct hits, sinking in less than four minutes with the loss of twenty five men from her crew of 53.  Ben Jones was one of them. He is commemorated on the Portsmouth Naval Memorial. 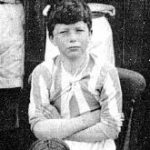 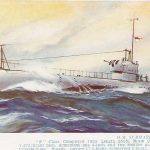 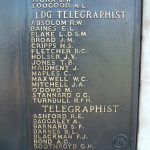