Maurice Lowden Gauntlett was born near Hungerford in 1906, the youngest son of Sidney and Mary Ann Gauntlett.  The family roots were in Wiltshire, but Maurice’s father was a farm manager and moved around, staying several years at each farm.  For a number of years the family lived at Church Farm House in East Ilsley.

Maurice joined the Royal Air Force Volunteer Reserve as a Pilot Officer soon after the beginning of the war.  He was a gunner in the crew of a Wellington bomber that took off from Newmarket on 6 November 1940 bound for the Ruhr in Germany.  Returning over the North Sea, it was shot down off Felixstowe with the loss of the entire crew of five.  At the time of his death Maurice was engaged to be married.

When Maurice’s body was recovered from the sea, his mother (Sidney had died in 1928) chose to have him buried in the churchyard next door to their former home at East Ilsley.  The funeral was reported in the Newbury Weekly News on 21 November 1940:

The death is reported while on active service of Pilot Officer Maurice L. Gauntlett, RAF, VR.  Aged 34, Pilot Officer Gauntlett was the son of the late Mr S.H. Gauntlett of East Ilsley and Mrs Gauntlett of Kidmore End.  He was educated at Dauntsey’s School and Newbury Grammar School, and before the war went to Swindon as a motor salesman.  He was a keen sportsman, playing for Swindon and Ramsbury Cricket Clubs.  He was well known in East Ilsley, where his parents lived for a time, and had been in the RAF since shortly after the outbreak of war.

The funeral took place at East Ilsley, the Rector, the Rev. A. Ogle, officiating.  The coffin was draped with the Union Jack.  The mourners were:  (there followed a long list of family members)

Mrs Gauntlett was buried in the same grave when she died in 1946.  It is an official war grave (the only one at St Mary’s, East Ilsley) although it is not marked by a CWGC headstone, but by a family memorial. 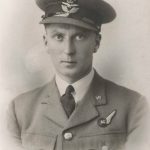 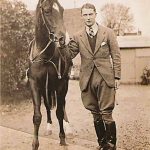