Harry Warren was the son of Amelia Deacon, and thus a member of one of East Ilsley’s oldest families.  Amelia was a daughter of Joseph and Charlotte Deacon.  She had left the village to work in service, first in London and then in Hertfordshire.  There she met and married her husband George Warren, a brush maker from St Albans.  The Warrens moved to London, where Harry was born in 1876, the second of their three sons.  By 1911 Amelia had returned with her husband to East Ilsley, where they lived in Abingdon Road.

In 1891 Harry was working for a printer, but he later joined the Royal Fusiliers, probably serving in India, and perhaps South Africa.  After completing his term of service, he was placed on the National Reserve.  He married Annie Goodchild from Ashampstead in 1913, and their daughter Beatrice was born the following year.  They lived in Aldworth, in one of the cottages near the Four Points.

Soon after the outbreak of war, Harry was called up from the Reserve.  He was almost forty.  Attesting at Reading, he was posted to his former regiment.  He died of wounds on 24 Feb 1915, just six weeks after his arrival in France.  His battalion had been in trenches near Kruisstraat to the south of Ypres.  It seems likely that Harry was wounded there and moved up to a casualty clearing station at Poperinghe, where he died.  From the war diary:

21st February 1915
Marched to new line of trenches south of YPRES and took over from the SUFFOLKS.  Bad wet trenches and quite neglected.  Our own dead lying about all over the place. We have buried dozens of them. A lot of German fire in this section. We had several casualties on the night of the 21st and the 22nd.

Harry is buried at Poperinghe Old Military Cemetery.  Poperinghe is a small town eight miles from Ypres, which remained behind the lines throughout the Great War.  It was a military centre of supply depots, camps and hospitals, but much loved by the soldiers for its cafes, estaminets and shops.  Harry is also commemorated on the Aldworth War Memorial, along with his wife’s brother Arthur. 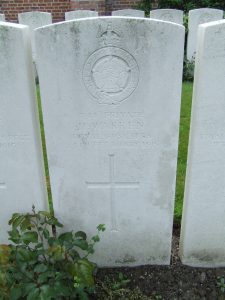 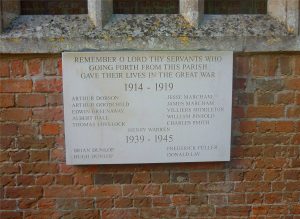